The history of the power plant

Harteværket opens after a long series of problems.

Armed guards patrol the grounds during the German occupation of Denmark

There are talks about closing Harteværket because it is outdated. This changes after the Oil Crisis take place and renewable energy becomes more attractive

“Fonden Harteværket” is founded. At the same time, a watercourse restoration takes place, where the rivers are brought back to their original course.

Harteværket opens opens to the public.

The history of the plant begins around 1917 and stretches through the 20th century and all the way to today. But you can read much more about that in our timeline.

The hydropower plant was planned by the Kolding-based engineer Mikkel Thomsen and is a bit of a stroke of genius.

The construction of the dam over Vester Nebel Å at Ferup forces the water in Alminde Å to run upstream and the water is thereby raised in the Donssø Lakes.

From the lakes, the water is led on to Stallerup Lake and then via a canal under the motorway through an 80-meter-long pipeline to the plant’s turbines.

The water drives the turbines who in turn via the generators convert the falling force of the water into electricity.

To a large extent, the original turbines and generators are still used today to produce electricity at Harteværket.

The drop height is 25.4 meters (Denmark’s largest), and 6,000 liters of water flow through the pipe every second.

The pressure pipe is fitted with a shut-off valve, which means that if the pipe is damaged or otherwise leaks, the water supply is automatically closed.
Harteværket’s turbines are the original machinery from 1920. The plant’s production output depends on the amount of water that runs through the turbines.

The hydropower plant in Harte, called Harteværket, was built in the years 1918-1920, and was the first major plant of its kind in Denmark. The construction of Harteværket was initiated to cover a growing need for energy for electrical lighting and industrial use. It was also built to ensure electrification of the land around Kolding after the energy crisis during World War I. In its time, the plant could supply half of the city of Kolding and the surrounding area’s consumption of electricity.

The plant is now owned by a foundation, and due to its cultural-historical value, it is protected. Today it functions as a museum and visitor center and only periodically as a supplier of electricity to Kolding. Most of the equipment is original and has been in operation for over 90 years. In fact, it is still in use, albeit with a lesser amount of water than before, as some of the water has been returned to the original river course as part of a nature restoration project. 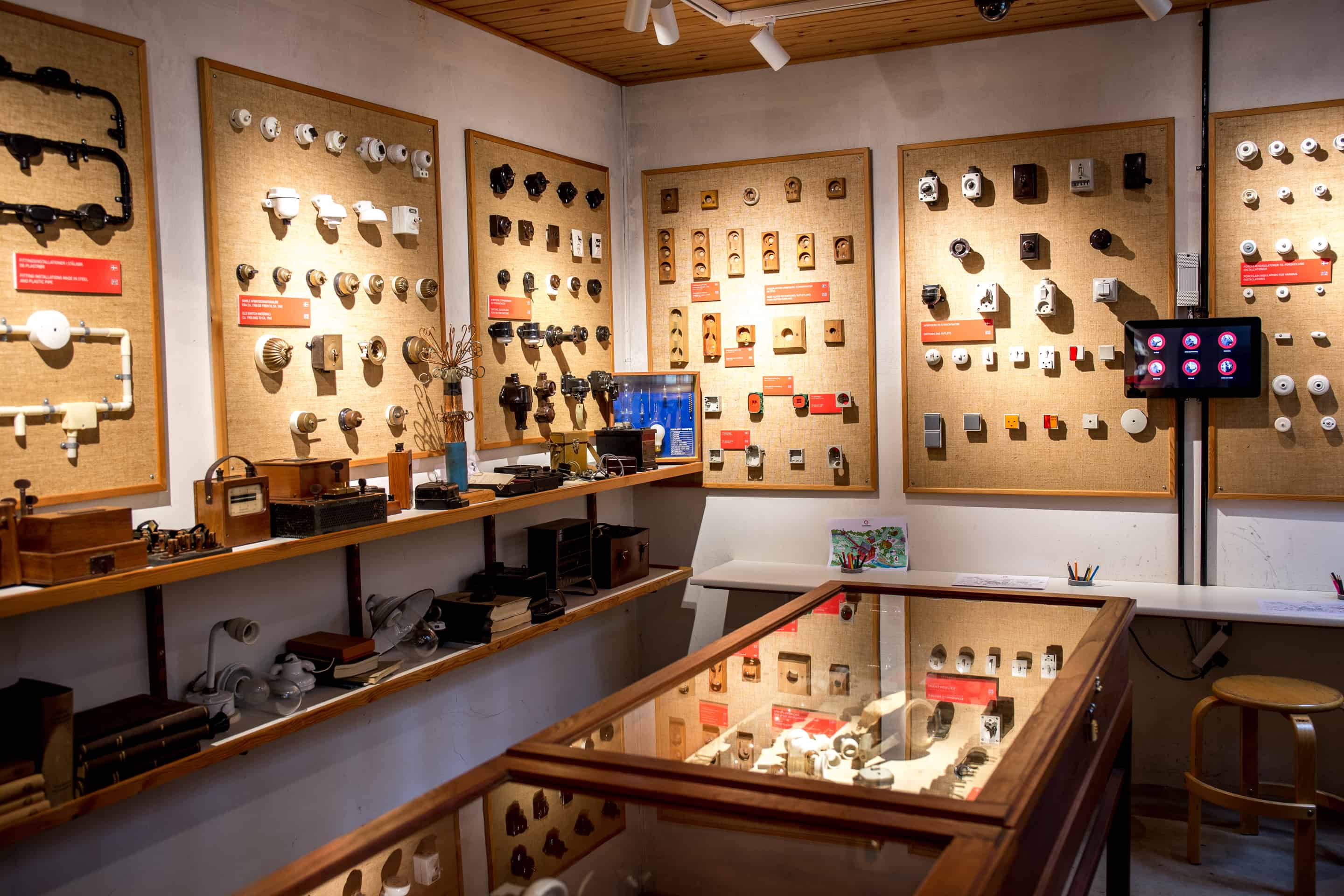 When Harteværket was built in the years 1918-1920, several dams were built to increase the water flow into the plant’s turbines.

When you move around the Danish countryside, especially by train and railway, you may not give the workers responsible for this crucial and historically important infrastructure many thoughts.

Furthermore, one rarely considers how the excavation work was done with shovels and wheelbarrows by workers – the so-called “brushes”. These workers devoted large parts of their lives to this work. The brushes were then also known as ‘the rushing journeymen of the road’.

The brushes are especially known for their role in the construction of the railway network of Denmark. But the brushes also laid the groundwork in Harteværket’s construction. Their contribution to the development of society at the beginning of the 20th century is thus massive, but in popular history, they appear as a gray, anonymous mass of workers.

The brushes put an enormous amount of manpower into the large-scale construction work which was the precondition for Harteværket becoming a well-functioning hydropower plant. Their work effort must not be underestimated, but as a working group and a significant contributor to many of the great building projects around this time in history, it is thought-provoking how little one really knows about this workforce.

Among the brushes’ achievements is the construction of the dams near Harteværket.

Through several strategically placed artificial canals, the lakes led the water the right way to Harteværket and further out into Kolding Å.

The water in Vester Nebel Å was raised, so that the water went against its natural fall. In addition, by driving the water into Almind Å, the water was pushed east. Thereby it ran into the canal at Busholm Bridge and through Søndersø and Skallebæk, which were cleaned, deepened, and directed south to Stallerup Lake. Stallerup Lake had previously been attempted to be emptied in the interest of land reclamation, but now, it instead became an important step in the water flow into Harteværket.

In Europe, the facilities were generally only established where there were large drop heights and/or large volumes of water that could be utilized in the plants. Harteværket is influenced and inspired by these earlier hydropower plants from around the world.

The whole project of buying land, building canals etc. cost 3.6 million.
The plant was then operated along with a steam power plant in Kolding city.

In its time, Harteværket could cover half of Kolding and its surrounding area’s consumption of electricity, but today production accounts for only about 1% of energy consumption in Kolding city.

Even though Harteværket today only makes up a small part of the energy supply itself, it does have some properties in the form of rapid regulation that can be utilized. 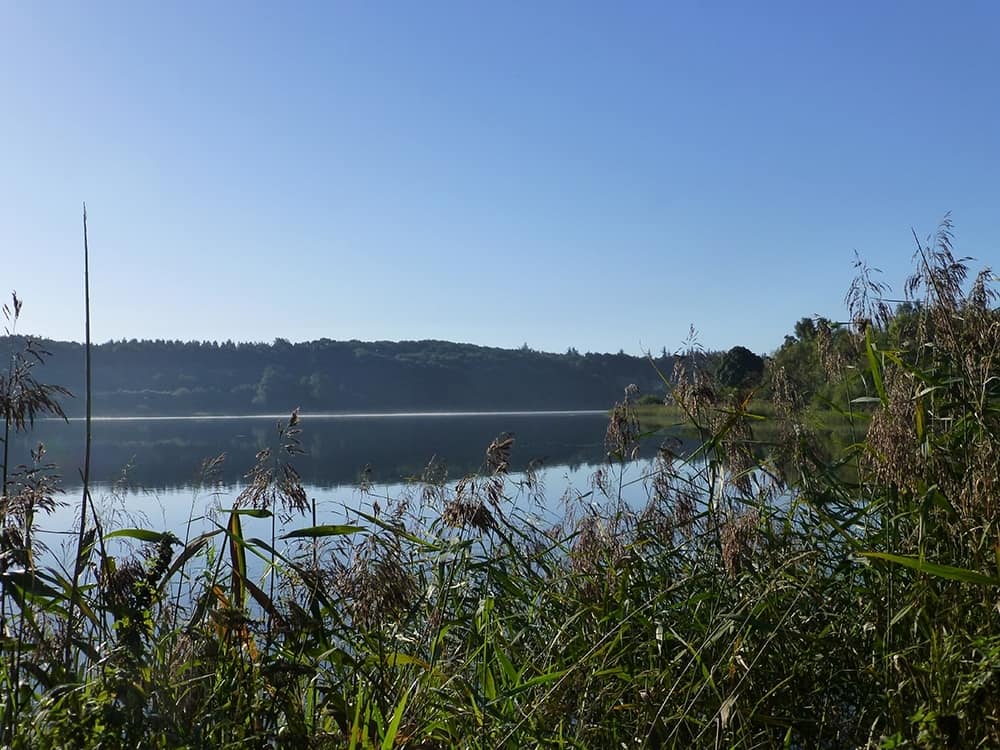 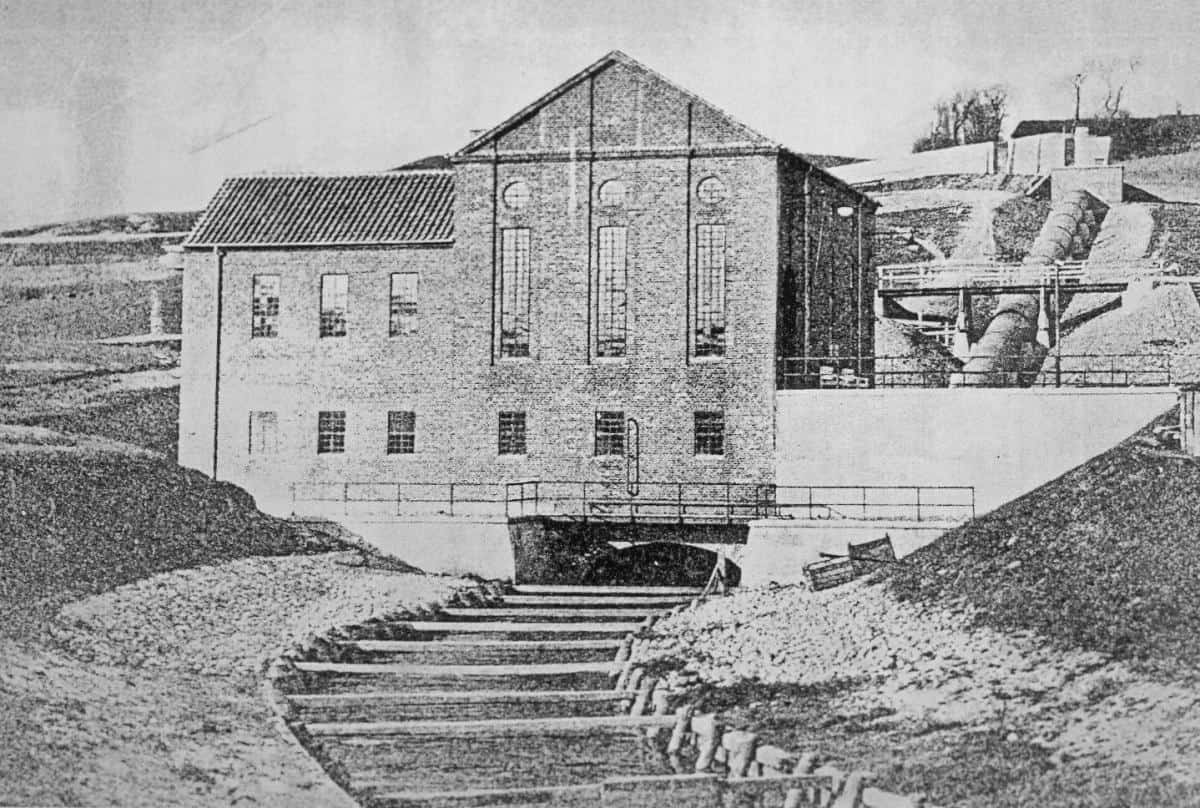 The hydropower plant was built just after the First World War and put into operation in 1920. At that time, many electricity-producing hydropower plants had already been established around the world. In fact, the first use of hydropower to produce electricity dates all the way back to 1878.

In Europe, the facilities were generally only established where there were large drop heights and/or large volumes of water that could be utilized in the plants. Harteværket is influenced and inspired by these earlier hydropower plants from around the world.

The whole project of buying land, building canals etc. cost 3.6 million.
The plant was then operated along with a steam power plant in Kolding city.

In its time, Harteværket could cover half of Kolding and its surrounding area’s consumption of electricity, but today production accounts for only about 1% of energy consumption in Kolding city.

Even though Harteværket today only makes up a small part of the energy supply itself, it does have some properties in the form of rapid regulation that can be utilized.

After close to a century, Harteværket is still in operation. A nature restoration project was carried out at Ferup in 2008, so that Vester Nebel Å could be restored to its original form.

The electricity production at Harteværket has thus declined sharply, as the plant has lost 2/3 of the original water flow.

However, in recent years, very large amounts of wind power have entered the electrical systems. This has made electricity production more unpredictable and there has been a need for more flexibility in the system. Here, the great flexibility of hydropower comes in handy. By operating the plant in a different way than before, utilizing the large regulating power of hydropower, this mode of operation compensates for the operating loss with the smaller amount of water.

Today, more than ever, there is a need for supplementary energy productions that are flexible and can quickly regulate production to line up with the wind or other imbalances in the electricity system.

The future of the plant. In the future, the plant will work together with other smaller production units and thus form a larger power plant for regulation. In addition to the general price of electricity, the plant will receive a fee to make its flexibility available. 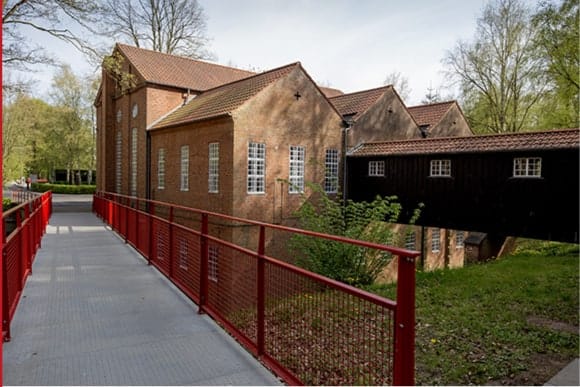 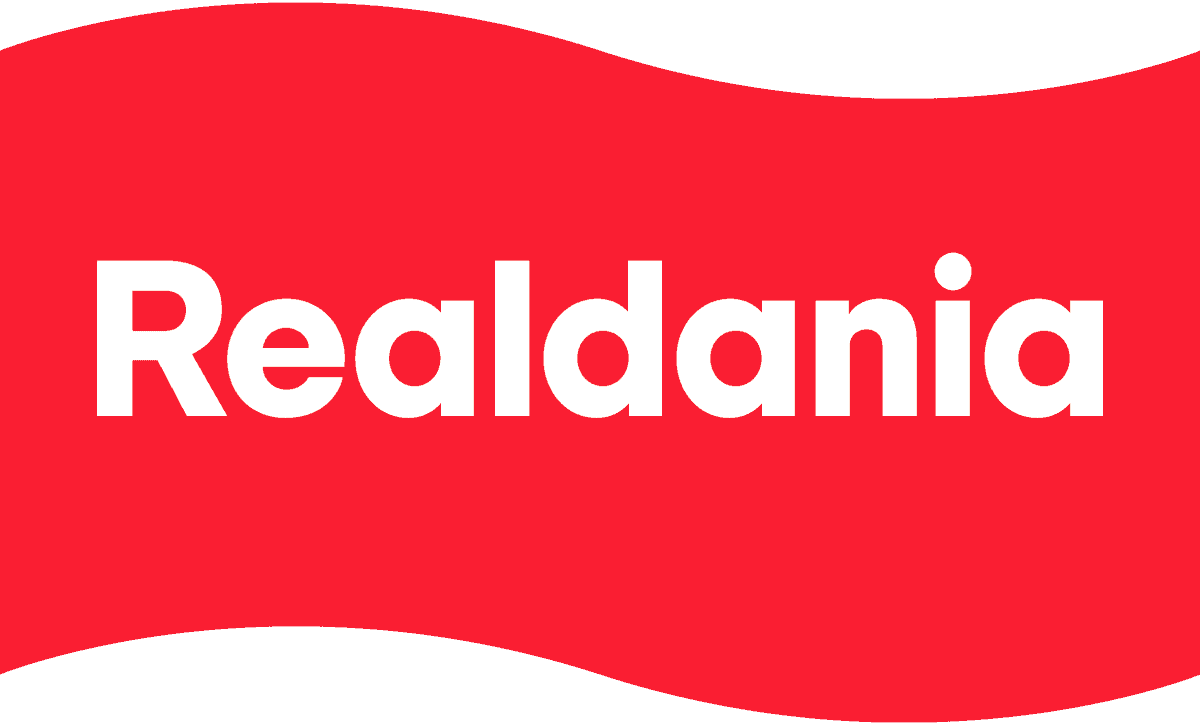 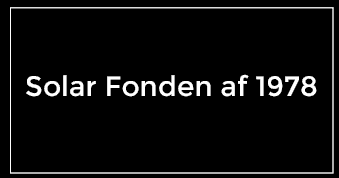 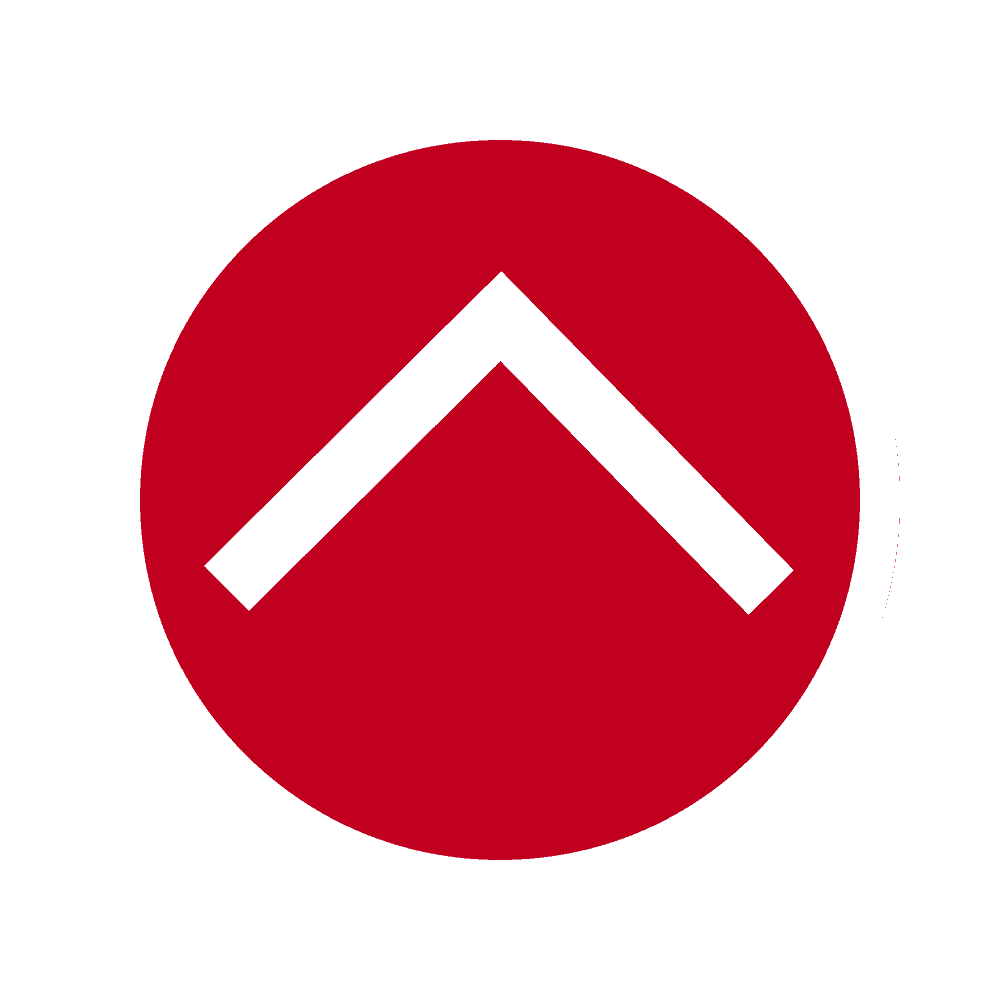